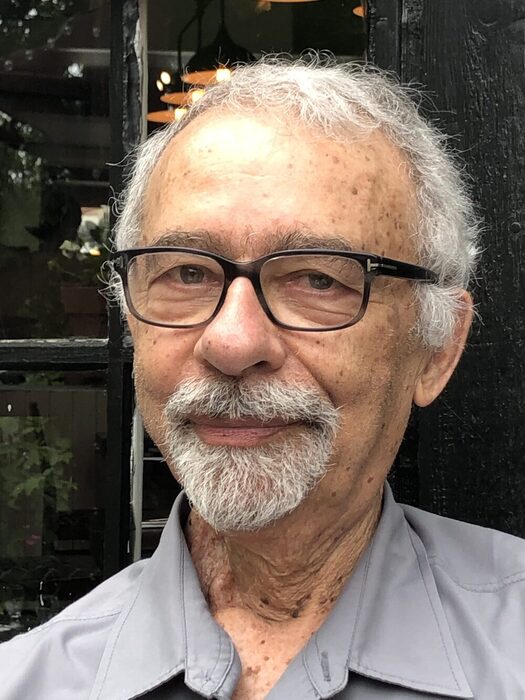 Paris-born composer Gilles Fresnais studied acoustic and sound engineering. He attended the audio mixing of the Alain Robbe-Grillet film Trans-EuropExpress, performed by Michel Fano, which showed him the innate beauty of natural and ”concrete” sounds. Discover the album here !

Can you tell us about your new album “De la nature des sons” ?

This album, De la nature des sons (“on the nature of sounds”), could also be called Des sons de la nature (“sounds from nature”). After all, my music is a music of sounds, a music which, above all, draws on the specific nature of each sound. For me, it’s a matter of creating overarching frames, then mobilizing the timbres and tessitura, then the dynamics, and consequently the shapes of the sounds, their duration, and any artificial spaces. Each element is designed to connect with those that come before and after through transition and fusion.

It’s also a music that’s built on sounds from nature, but (critically) not in an anecdotal or ecological way. I try to camouflage the sounds’ original meaning and then propose several poetic interpretations. The composition can be seen as a strategy to bring listeners pleasure and desire. “Strategy” is a word that the French composer, François Bayle, used to use. The aim is to make listeners curious through a kind of hide-and-seek game, in which temporal markers are willingly dissolved. The fusion of sound elements is intended to create ambiguity through the combination and juxtaposition of materials; doing so sometimes allows listeners to create an imaginary space for themselves.

Nature appears to be a major theme in your work and the pieces describe subjective landscapes. How do nature and the environment influence your work? Why is nature such a source of inspiration for you?

In retrospect, I think nature was my main source of inspiration. My music is built on the idea of musical objects thanks to French composers Pierre Schaeffer and François Bayle; I met them at the GRM (Musical Research Group) and spent several years with both of them. To me, the sounds of nature have always been the most musical objects and the easiest to record, especially the ”sound markers” (cf. R. M. Schafer). Not only are these sounds found wherever industrial noise does not drown them out, but they are also often imbued with an emotional and poetic interpretation.

I’m very conscious of the beauty of nature and the manifestations of life within it. Digital equipment, which is so easily accessible nowadays, allows us to capture auditory snapshots. As I think electroacoustic (or acousmatic) music should be enjoyable to listen to, the sounds of nature, which are generally considered to be rich and pleasant, are my favourites. They allow me to compose for listening pleasure and to elicit poetic interpretations—I don’t see why electroacoustic or acousmatic music has to be made of heartbreaking and aggressive sounds. In this way, my compositions are close to R. M. Shafer’s soundscapes.

What do you think about the evolution of contemporary music since you started composing (in the ’70s)?

When I first started composing, electroacoustic music was created in analogue studios with heavy and expensive equipment. The magnetic tape (1/4″) had to be cut to isolate each sound, then the sound was processed electronically, identified, filed, and organised in a sort of a sound bank. Then, each magnetic tape used for mixing was edited by splicing the tape ends for individual sounds, separated by silent leaders of a given duration. By combining several sources (tape recorders and early synthesizers), you could create a sound piece. This sound-by-sound process ultimately had a heavy influence on my way of composing; it’s why I talk about the “music of sound.”

In the 1970s, the first synthesizers appeared (EMS, MOOG…) but not everyone could afford to have one. Today, digital technology and computers have democratized music and the way it’s created. Anyone can afford a synthesiser, so we are witnessing the emergence of a multitude of musical experiences and genres. What’s more, we no longer need classic musical knowledge, as taught in conservatories, to compose (though it can still be very useful), and it’s easier for musicians to create something that’s uniquely their own. It’s surprising to see how many composers of electroacoustic music there are in the world. Institutions and major technical structures are no longer necessary, and it’s allowing contemporary music to flourish.

What is the strength of contemporary music compared to other styles of music according to you?

Although there are many contemporary music composers, and more particularly composers of electroacoustic music, it’s clear that there’s an imbalance in the way that music is distributed. The genre is also much less present on the musical scene, in general. Unfortunately it remains the domain of a limited number of venues. However, electroacoustic music concerts almost always draw a large, curious, and interested audience, whether you’re in Paris, Montreal, or Vancouver. Perhaps the imbalance is due to the conservatism or the timidness of decision-makers in the field.

What are your future projects?

My current project (Paysages imaginaires) involves continuing to compose works with nature as a source of inspiration. I’m bringing in wind, water, birds… All these pieces together should then form a musical suite whose beauty, I hope, will elicit poetic emotions.