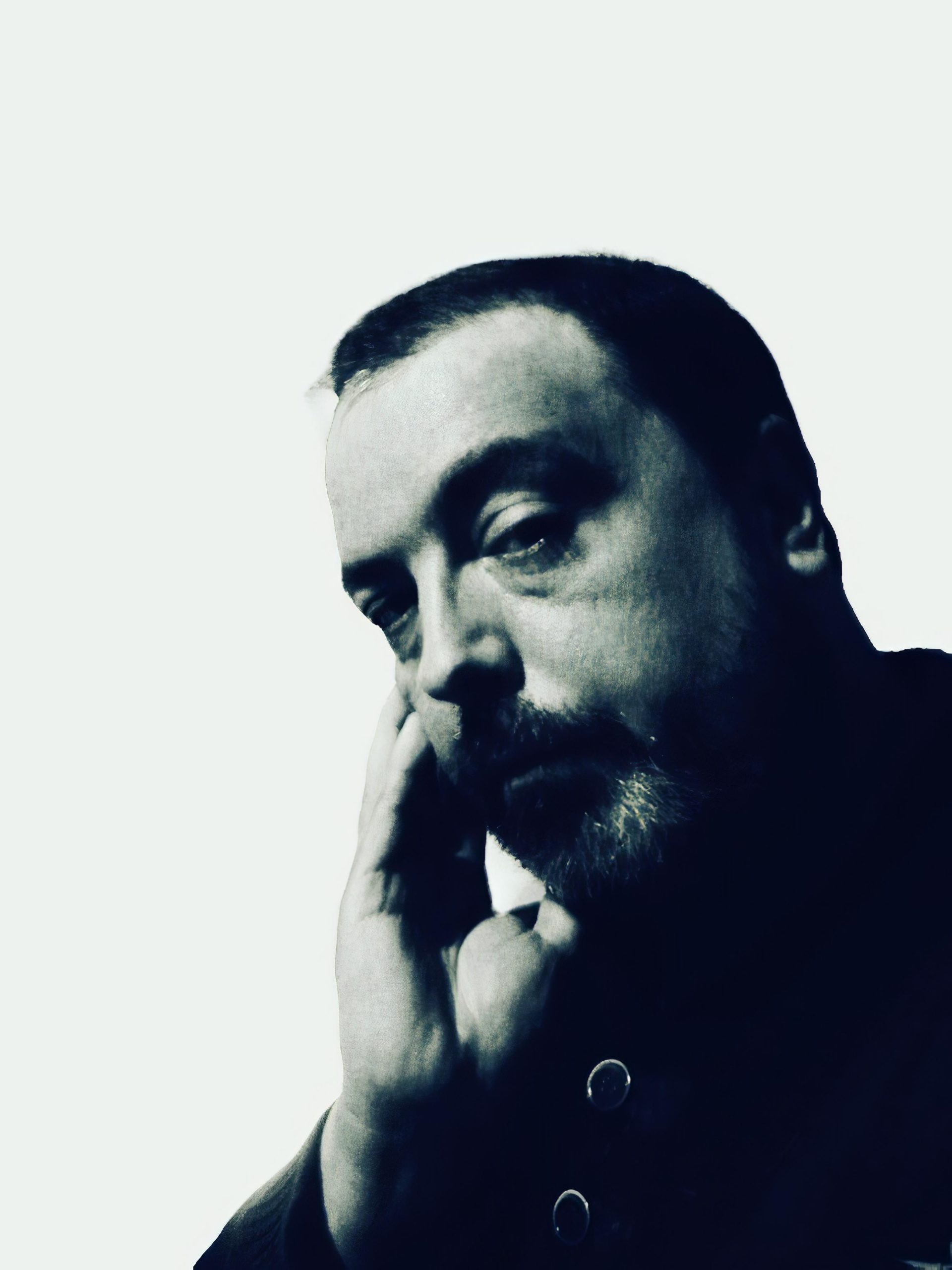 Vladan Kuzmanović is a Serbian musician who experiments with ultrasonic, subsonic music, compositions beyond the threshold of acoustic audibility. In his new album Les Macrotonalités, he makes a research in the field of electroacoustic tonality, marginal areas of tonality and especially the spread of genre understanding.

Why/how did you start composing music ? How did you discover electroacoustic music ?

I would rather say that electroacoustic music discovered me. I have always had a specific and built relationship with classical music. I love Schoenberg, the structure in the music and the natural complexity. Iunderstand electroacoustic music as something that doesn’t have to be liked, but it has to surprise.Modular, electronic sounds are closer to concrete music, above all they are not melody, symmetry, but some electronic form, expressive. Composition, rhythm is what you like, and in between is unusualness, acme, relax. Electroacoustic music is improvisation with sound. It is not the goal, the purpose, the form, but the concept, the content.

Electroacoustic music acts as a live performance. Sound is a manifestation not a form. Air is a form but it should be a concept, something that i s, not something that should be, a projection, an interpretation. Sound has structure just as music has structure. And the structure of music is derived from the structure of sound. Electroacoustics seems to deal more with sound and less with music. This is the case with microtonal music.

What is the situation of contemporary music in your country, Serbia ?

Balkan music has always had a developed electro-acoustic scene, mentioning only the collaboration with Paul Pignol, Peter Zinovieff and EMS London, the BBC Radiophonic Workshop, and beyond to new generations.

The Balkan soil is metaphorically speaking a mythological homeland of electronic sound.

Is there a particular message you want to send with your album “Les Macrotonalités” ?

Les Macrotonalités are a continuation of research in the field of electroacoustic tonality, marginal areas of tonality and especially the spread of genre understanding. The understanding of structure and the possibility of sound introduces new sub-genres: subacoustic, ultracoustic, sublimative compositions, low octave music and macrotonalities. And further research introduces a triple microton-tone-macroton scheme. Where it was really necessary to define what is ambient tone, monotone, drone, macrotone. Macrotone is a modular area of ​​music. And it is a modal kind, a division of music with regard to the property, the structure of music. And further, the concept follows the modality. Sound composition is in a sense based on the modal division and sound perception of music, but also the concept: such as the relationship of silence and non-silence, the definition of what sound is, the concept of sound, possible extensions of tone perception: hypertone, supratone, ultratone, antitone (negative sound). Division according to sonority, volume, durability (nanotone, microtone, minitone), also in the field of rhythmic exomusic, impossibility of perception of very short tones, impulses, and their production. Impulses are tones that are found in nature, such as noises and other exoacoustic sounds, they are substantial as well as ambient sounds, but also intentional ones like subsonic uses. The exoacoustics of frequency sounds like silence, while the exoacoustics of rhythm sound like a tone, a continuous tone, a frequency that the human ear hears as monotone.

The difference between the frequency of sound, sound and rhythm is marginal, therefore modal, and the question is not only perceptual, but also conceptual, whether something that is silence is really silence, whether we can hear non-existent, and whether the sound is unique or – totally structured, which can be specific tone or specific silence (hypertone and exofrequency).

Les Macrotonalités are extensions, fragments of the entire composition lasting 1.5 trillion years, from a subacoustic impulse to a lengthily transposed macrotone.

Les Macrotonalités are in the field of extensive use of ultra tones and the first systematic dealing with the experimental use of extreme tones, conscious, modal, conceptual use of ambient, drone, meditative compositions and their modalities

Sound is defined by time, therefore transient. However, the sound is also modal, so it is permanent.

Les Macrotonalités show what an approximate sound of extreme duration,  an insight into the timeless, in the cognition of temporal sound.

Can you introduce your single “Personne Excentrique Eccentric Persone Format B ACN SN3D“ ?

The EP was developed in ambiosonic sounds, formats 5.1 and B, multichannel composition.

Personne Excentrique Format B ACN SN3D  is a specific speaker test. The emphasis is on the unusual, the extravagant, the impressive, the different. The persona is intelligible, interesting.

Sonic experiment and acoustic composition: There is a possibility that electroacoustic pieces can be autonomous creations, compositions with harmony and sound concept.

Do you already work on a new project ?

I am working in the field of polyrythmics and simulation, as well as on a interesting avant-garde music, quasiphonic one.