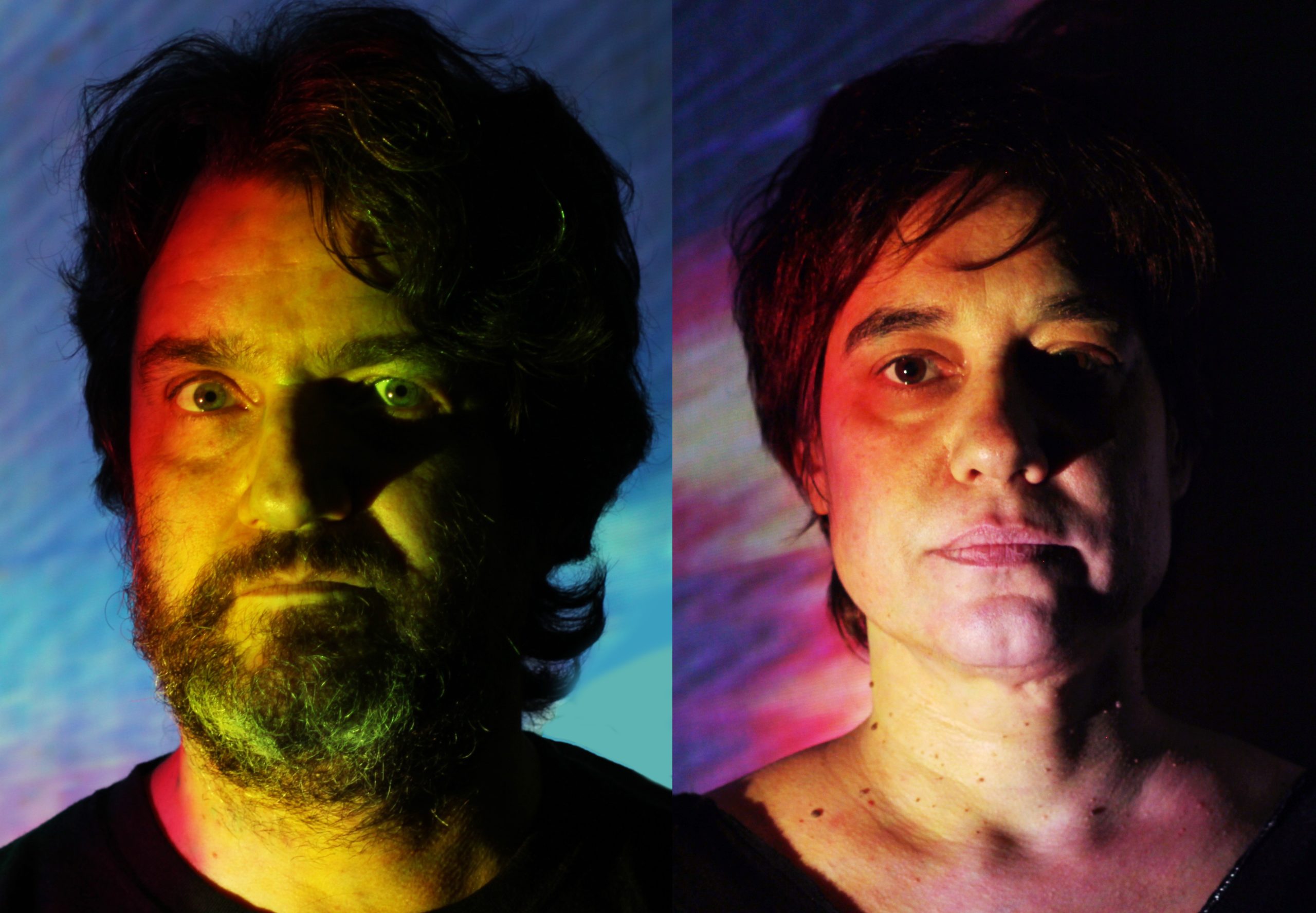 Duo TRoneitor is now on our label with his new album ¿Qué Ruido es Ese?. Discover more about the Duo, Natalia Cappa and Lucas Werenkraut, their work and their new album in this interview.

How did you two meet ? Who came up with the idea of this project ?

We (Natalia Cappa and Lucas Werenkraut) met singing at an Opera company and many years later we got married. Between the parenting and the work we did together in musical theater and contemporary opera we developed a great capacity for listening and adaptation and above all a lot of playability and enjoyment. This is continually present in our work. For many years Lucas Werenkraut, who has been always fascinated by electronics , went on collecting electronic waste from the streets, convinced that all that discarded material could not be abandoned and that surely there would be a good use to give  to it. Thus the house was filled with old printers and computers, video cassette recorders, old telephone devices, wires, printed circuit boards…. Both of us being  musicians, the creation of an instrument was the logical destiny for all this garbage. For years Lucas was designing and building different types of oscillator circuits, doing and undoing, listening and recombining. Finally the Troneitor was born and there we discovered a sound universe that dazed us, and that encouraged me, Natalia Cappa, to put my voice and musical resources to dialogue with him. And so came the Duo TRoneitor.

We have very different paths in terms of the development of our musical careers. Lucas began as a drummer, transiting popular genres such as rock and jazz and above all listening to a lot of music from the era of symphonic rock and electronica from Kraftwerk onwards. Later he discovered academic music and especially the works of lyrical singing when he started to sing. Being a professional singer in the National Choir, his contact with the symphonic-coral repertoire is permanent. I entered academic music from the beginning, training at the conservatory in piano and singing, especially in the traditional lyrical repertoire, and that’s where I came across contemporary music. For those years in Argentina there was not much developed field and we had to discover, with a lot of work, the recordings of contemporary works (there was no internet and we depended on friends who could travel and bring records). Then singers such as Cathy Berberian, Joan La Barbara and composers such as Berio, John Cage, Feldman illuminated the discovery of new musical possibilities. Lucas, attracted by works of the twentieth century that he had to perform in his work was also progressively getting far involved with the genre. And that put us together again. For 10 years we shared work as singers in contemporary operas, musical theatre and creations by Argentine composers that include mixed works, improvisation and language crossing, also in projects dedicated to works by contemporary “classic” composers such as Cage, Stockhausen, Berio and Ligeti. So contemporary music is now the universe we navigate, and within it, experimental music is the one that we most prefer because it opens up the possibility of permanent creation without preconceptions, and there we can put our musical and expressive history to develop.

Is there a particular message you want to send with this album ?

In principle not explicitly; on this album we wanted to share our musical experimentation, it is the closure of this first stage of research of almost 3 years. Convinced that freedom is a contagious decision. It is an invitation to listen freely, to discover sonorities, texts, classic songs in a different way. To listen without prejudice, because that’s how it’s done. Without prejudice, with bravery and joy. We expect that when listening to our album, some of this will get moving in the audience. As for the implicit message, it is the TRoneitor itself, which is built out from waste. With discard material, outside the consumption circuit and with total resource economy.

Do you already work on a new project together ? Each on your side ?

The Duo TRoneitor has just started, we have many future projects, we are venturing in sound art and field recordings and we will continue to work as before. No hurry, no pause. For his part, Lucas is working on recordings of TRoneitor solo, aiming to a future album. Outside the Duo we both work with different Argentine composers separately, and together we have some projects to premiere Argentine contemporary Opera. Because of the pandemic these projects are on suspense until conditions get better.