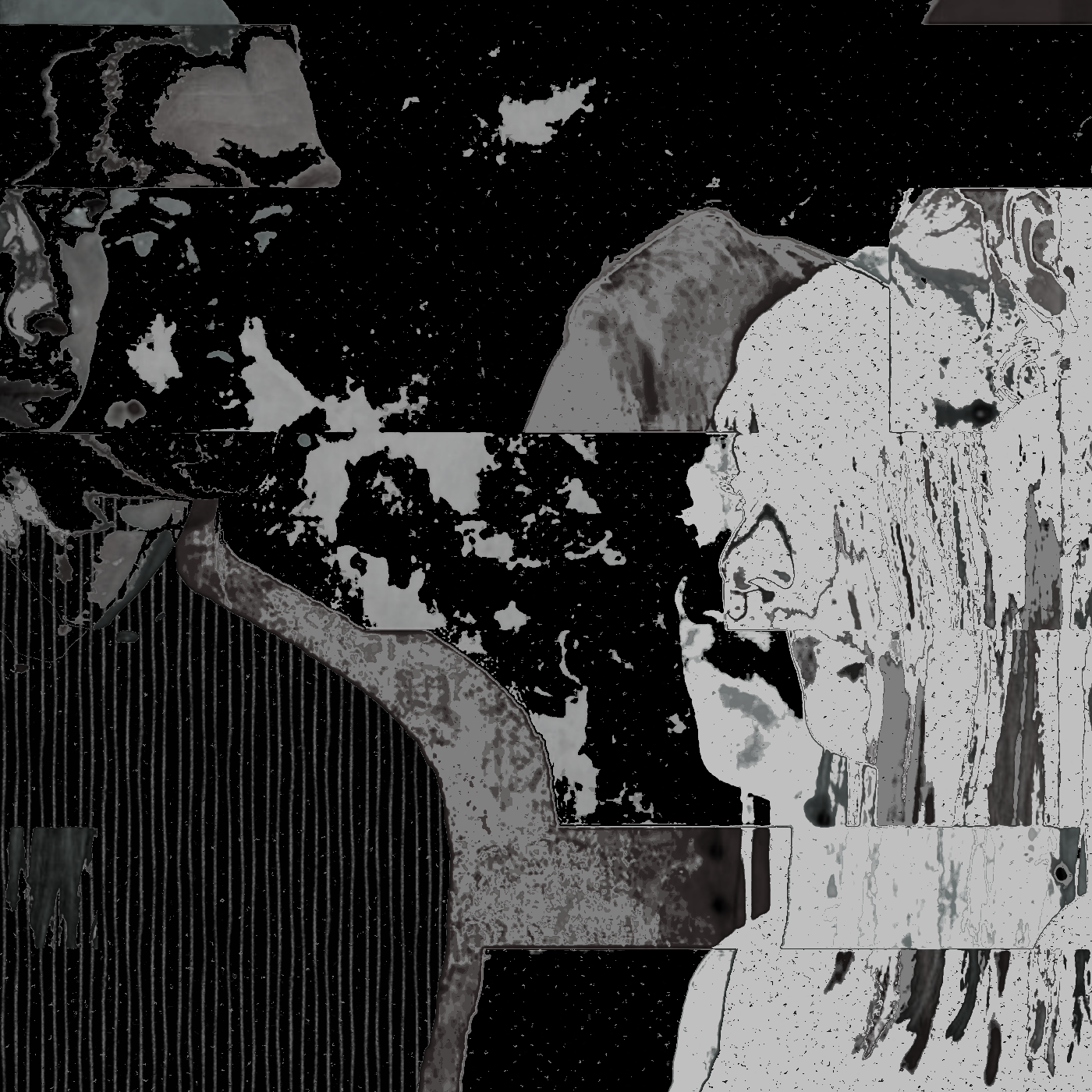 Soon after having met and decided that working together was almost as obvious as if it had been predestined, fate decided otherwise and the pandemic struck worldwide. Being isolated each in their country (France for Simon Sieger and Turkey for Eda Er), their only option was to make music together but separated by distance. The context shaped their project as much as their will. The songs became symbols of their state of mind at the time of the playing, each improvising off of the improvised track of the other. It became a correspondence of emotions sent through sound, speaking the words that live within words, which cannot be spoken with our mouths. The album ESSE Début was born. Let’s have a talk with the two artists!

Eda: I was born and raised in Istanbul, Turkey.

Simon: I’m french, but I was brought up in India, and I moved back to France when I was eighteen.

When did you start collaborating together?

Simon: We started collaborating as soon as we met (in July 2019). We started discussing music right away, and I had the feeling the only way this connection could be made real, was to work together. We actually decided to work together before we even knew what we were going to do!

Eda: We met in Berlin in 2019 where I had to chance to listen to Simon live. Since then, we kept our communication, and we knew from the beginning we would do something together, but the idea was not clear yet. After I visited Marseille and he visited Istanbul, we had the chance of testing the ideas we like, and we were content with the result. Consequently, we decided to record an album together.

Have you got musical mentors?

Eda: I was lucky to encounter the right people who inspire and encourage me through my journey. I had formal education on music composition and technology. I enjoyed studying through my bachelor’s and master’s education with Reuben De Lautour, Tolga Tüzün, Tolga Zafer Özdemir, and Jeremy Woodruff. I should mention here one specific person who is one of the important reasons I chose to continue my further studies in composition, Wim Henderickx, who encouraged me after seeing my first composition and later, I had the chance to compose in many projects he was coaching. In general, I got my inspiration from performance art, which I also had formal education before music, where I had to chance to learn how to sing, act, and dance.

Simon: I’m very happy to be able to say that I have a mentor, as for many years I was yearning for one. To be honest, my first mentor was my father, Pascal Sieger. He’s the one who brought 2000 CDs with him when we moved to India! We had all the creative music a 10-year-old could want! Albert Ayler, Cecil Taylor, Sun Ra, but also Varèse, Schoenberg, and Luc Ferrari. Later, when I was in the conservatory, I wanted to get my diploma without following the rules of arranging for a large ensemble. I wanted to play solo piano, and improvise according to the Great Black Music tradition. The only person in the jury who knew what that was about was Famoudou Don Moye, the drummer of the Art Ensemble of Chicago. He was the only reason I got my degree! From then on, I studied with him, learning the ways of the Great Black Music, Ancient to the Future. To this day, we are still extremely close, and I play with him all the time.

If you drew a “moodboard” describing yourself and your artistic universe, what would it be made of?

Simon: I’m a very empathic person. I like to have a relationship with the audience, as strong as the one that I have with the musicians who I work with. My universe is very large in terms of styles, but it has mainly one goal. I have the feeling that I am on this earth only to make sound travel. The sound is there, all around us, silent, waiting to be channeled to the people who desire it. And my job is to materialize it, to make it audible. So the general mood I want to bring in all of my music is that, in the moment of listening (and playing), in the very act of it, we are the strongest community that can be. Because we are all united by the same persistent attention we are giving to the present! This is a strength nothing can exceed. It can solve problems, create friendships, and the effects last way after the act of listening is over. We, the musicians, bear the responsibility of creating this mood.

Eda: I always had an interest in narrativity and physicality.Perceiving only verbal communication as an insufficient tool, I had a quest to find another level of communication through art in general, particularly in music. Hence, it was a natural result for me to have the urge to compose and perform music. I often don’t think about the mood; I’m more into the stories and different possibilities that test my limits. Based on my understanding of music melted with the east and the west as a natural consequence of being from Istanbul, I developed an indulgence in different traditions, which made me empathic to others. I’m more of a storyteller who has so many layers while trying to create different experiences.

Eda, You’re a “multitask” artist (composer of instrumental, electroacoustic, sound art, performance art, and a voice and electronic music performer,…), how did you learn all those skills?

As I mentioned before, I have had formal education in performance art, music composition, and technology from different institutions. Consequently, I worked as a performer, as a composer, and sound designer in theaters, in addition to my composition practices with ensembles and orchestras through the years. Hence, I can say with the education and the network I had, I had the chance to improve these skills by using them in so many projects I have participated in. Therefore, I had eased in collaborating with different artists as staying on my own and giving them their space simultaneously. I think that is why Simon and I got along so well, as we both have the same understanding and trust towards our experiences we brought from different backgrounds. I trust his intuition as it’s my own.

Simon, What does electroacoustic music bring to your jazz practice?

I don’t make these distinctions between the different kinds of music. I also don’t consider myself a jazz musician. I can tell you what Eda, as a person, brings to my music. The fact that she is a composer brings a sense of form that is incredible. It has never been so easy to make sense inside a form as when I play with her. It also allows me to rely on her skills and gives me more opportunities for silence, and renewal inside of the form. The sounds that she makes, with electronic instruments, are like a friendly voice speaking poetry in a language that I am slowly learning. This means I started to understand the abstract melodies and patterns of it before I could understand the referential the idioms were created in. It’s very nice this feeling of being home in a foreign land.