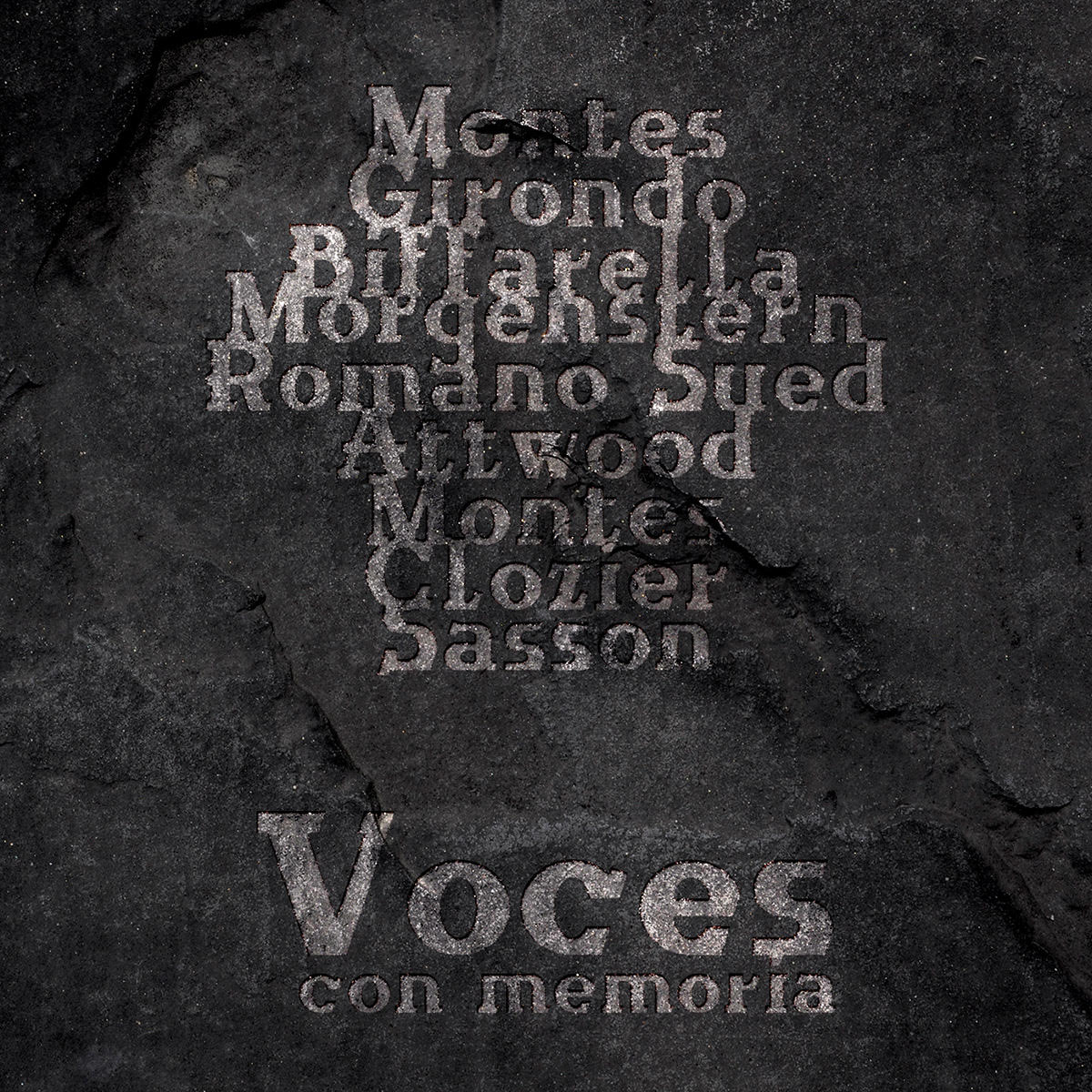 You can listen preview of this album on this page or buy it on our shop.

Diego Montes remembers: After finishing a contemporary music concert, a Chilean playwright and writer friend approached me to congratulate me and tell me that the only thing that was missing was the word.
Although this happened a long time ago, I have ever since kept thinking: words, music, music, words.
For the communion of these worlds I had to look for someone who enjoyed a vast compositional experience and who had worked in these worlds. My friend and composer Gonzalo Biffarella would be the tinder and, later, the bonfire.
The project had its origin and development, thanks to the joint work between Anahí Montes, Gonzalo Biffarella and Diego Montes, we navigated between peace and storm, between the apparent tranquility of understanding and seeing how those meanings are diluted in the musical plot to later return back.

All in sound waves,
in verbal waves,
in music and words.

(A video following the music on poems by Christian Morgenstern, composed and played by Gonzalo Biffarella, Diego Montes and Anahí Montes, from the album “Voces con Memorias”)

After a time of enthusiastic work, Gonzalo Biffarella came up with the idea of making a multilingual version, based on a work by the writer Susana Romano Sued.
This work that closed this creative time is the one that opens this edition and brought along further artists, who contributed with their voices and creativity.
About this work, Biffarella writes:

Trying to put into words some of what I experienced during the composition “Memorias del Procedimiento (Memories of the Procedure)” – multilingual version, is a priori an attempt that will be, at least, incomplete. The real experience lies in the work itself.
Yet I will share some of the ideas and feelings that crossed my mind and those participating in this collective construction.

Undoubtedly the starting point was when Susana Romano Sued surprised me away by giving me her book: Procedimiento (Procedure). Memory of La Perla and La Ribera. A text narrating something about the horror, which the same author herself shared in the concentration camps, along with many others, during the military dictatorship in Argentina from 1976 to 1983. Both language and style of the text does not allow a minimum pause, nor the slightest concession.

I made a first version in Spanish and shortly after, encouraged by Susana herself and by my friend, the clarinetist Diego Montes, with whom we were developing works on poetry

taken to the field of sound art. We made up our mind to face a multilingual version, using translations based on the originally Spanish text. Those translations provided us with French, German and English versions.

Here, the search for those people who could commit to reading in each of the languages that would dialogue in the piece was decisive. Each of them contributed with their personal interpretation to the texts, gestures that enriched the creative process.
Building this multilingual and polyrhythmic “motet”, which seeks its roots many centuries before our time, in which voices intersect with the sound planes of Diego’s clarinets, environmental sounds and the possibilities of my ChapmanStick, immersed me in a world in which sounds expressed their semantic material and expressive potential, making it coexist with the referential and the abstract. I spent whole days, many days, working immersed in this world of sound. The sounds came and went through the networks, from Argentina, Germany, France, United States and Spain. Sometimes I had to stop and let my head and body regain strength to advance further with the task …

Susana Romano Sued wrote to me:
“Heard, once over and over again, this piece, of magnificent modulations, of incessant interpellation, crosses senses, thought, transforms once again the sinister of the procedure into a sublime experience. The intimate and the extimacy concert summon the transformative experience of subjectivity involved in sound art, that is, the impact of poiein and techné. Thanks!”

1. Memorias del Procedimiento
(Memories of the Procedure)
from texts by Susana Romano Sued

4. Tropos
on poetry by Oliverio Girondo