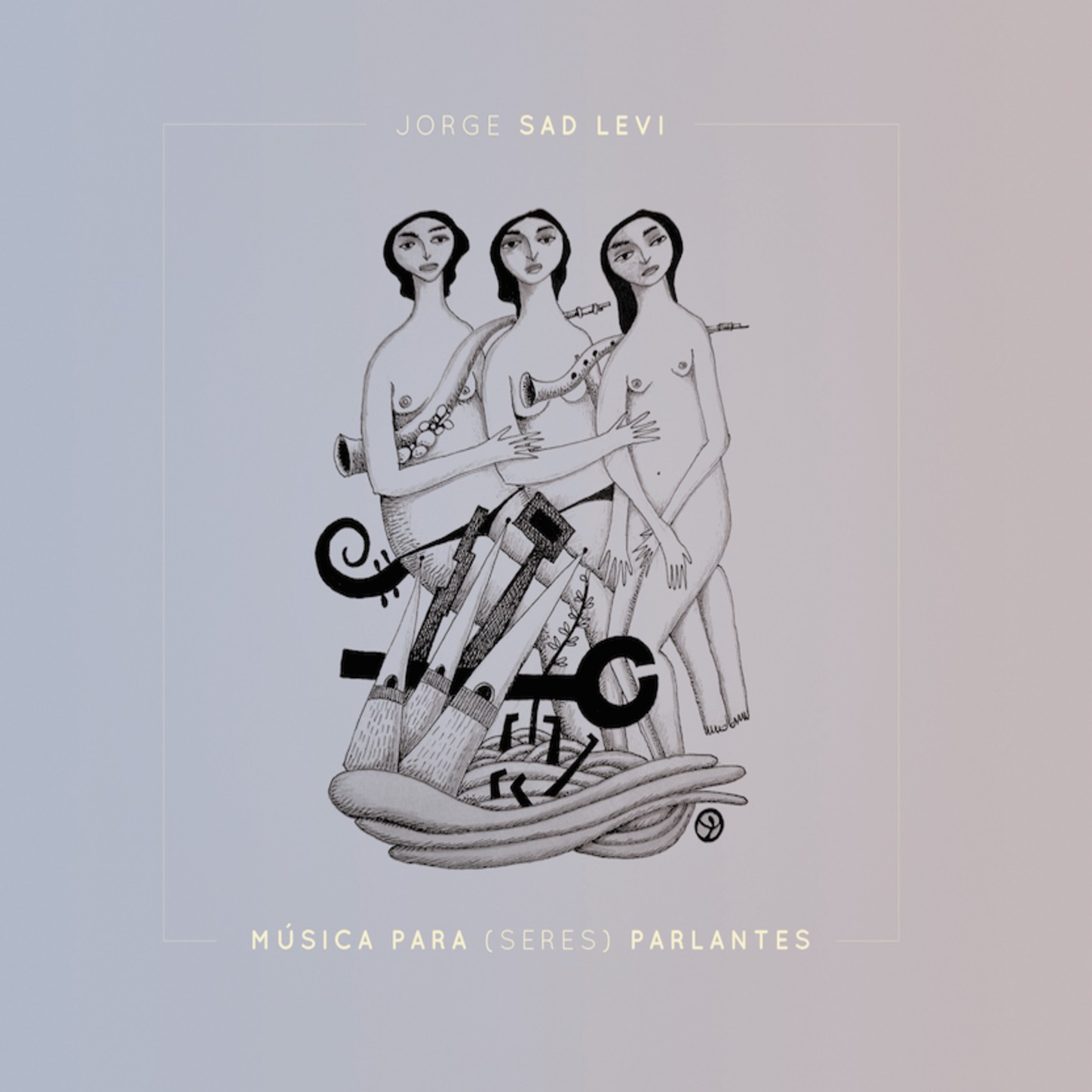 You can listen preview of this album on this page or go to our shop. Please also visit Jorge Sad Levi website.

Música para (seres) parlantes
Contemporary music conceived as a rock album in which the sequence of tracks (alternating acousmatic and mixed musics) and the final mix, is also composed and integrated with images as a whole conceptual work.

“There is a text that accompanies “Maror”, the piece for violin and live electronics that works as a sound story where, more than a history book, it is bodies that tell about the sufferings of the Jewish people. And that text says: “I deal with ghosts the heretical rite of a religion whose god I do not know, using meaningless words taken from a dream language, made of forgotten nightmares, in which I read a shocking incomprehensible text.” This is how Jorge Sad Levi presents the musical question: in these elements is all the information needed to be able to be part of those talking beings to whom he dedicates his works. Traditions, avant-gardes, childhood, family, climates, friends, teachers, musicians and readings are some of the topics covered and, as suggested by “ My home is the rain”, all seem to form an Odyssey without Ithaca .”  Nicolas Russo , Revista XXIII

Jorge Sad Levi
The activities of Jorge Sad levi Buenos Aires 1959, include conducting ¨comprovisation¨ ensembles, instrumental, acousmatic, mixed and multimedia compositions, research in musical semiology, production and organization of concerts, the transmission of his ideas in classes, seminars and conferences.

He began his studies of electroacoustic composition at the Laboratory of Music Research and Production (LIPM) in post-dictatorship Buenos Aires of the 80s, in a context of deep social and aesthetic shock. In the 90s he emigrated to Canada and at the University of Montreal he began to explore the possibility of incorporating the timbral and gestural experience of rock in his electroacoustic productions, in works such as Ave Roc and Vox II. Back installed in Buenos Aires, inspired by the exciting aesthetic plurality of Quebec, he founded the Collective of Sound Creation, with which he produced Musics of an Imaginary Ethnia his first CD.

He was awarded Numerous scholarships such as the Rockefeller Exchange Program, the Phonos Foundation and LIEM in Spain, the GRM in Paris, the Cranelab de Bourgogne, Musiques & Recherches in Belgium, the Composers Conference in Wellesley led by Mario Davidovsky and James Baker,

Founder and Director of the New Music for Memory Festival at the Madres de Plaza de Mayo Cultural Center ECUNHI, in which for the first time the world of contemporary Argentine music speaks out against the military dictatorship and for democracy in more than 100 concerts throughout Argentina.