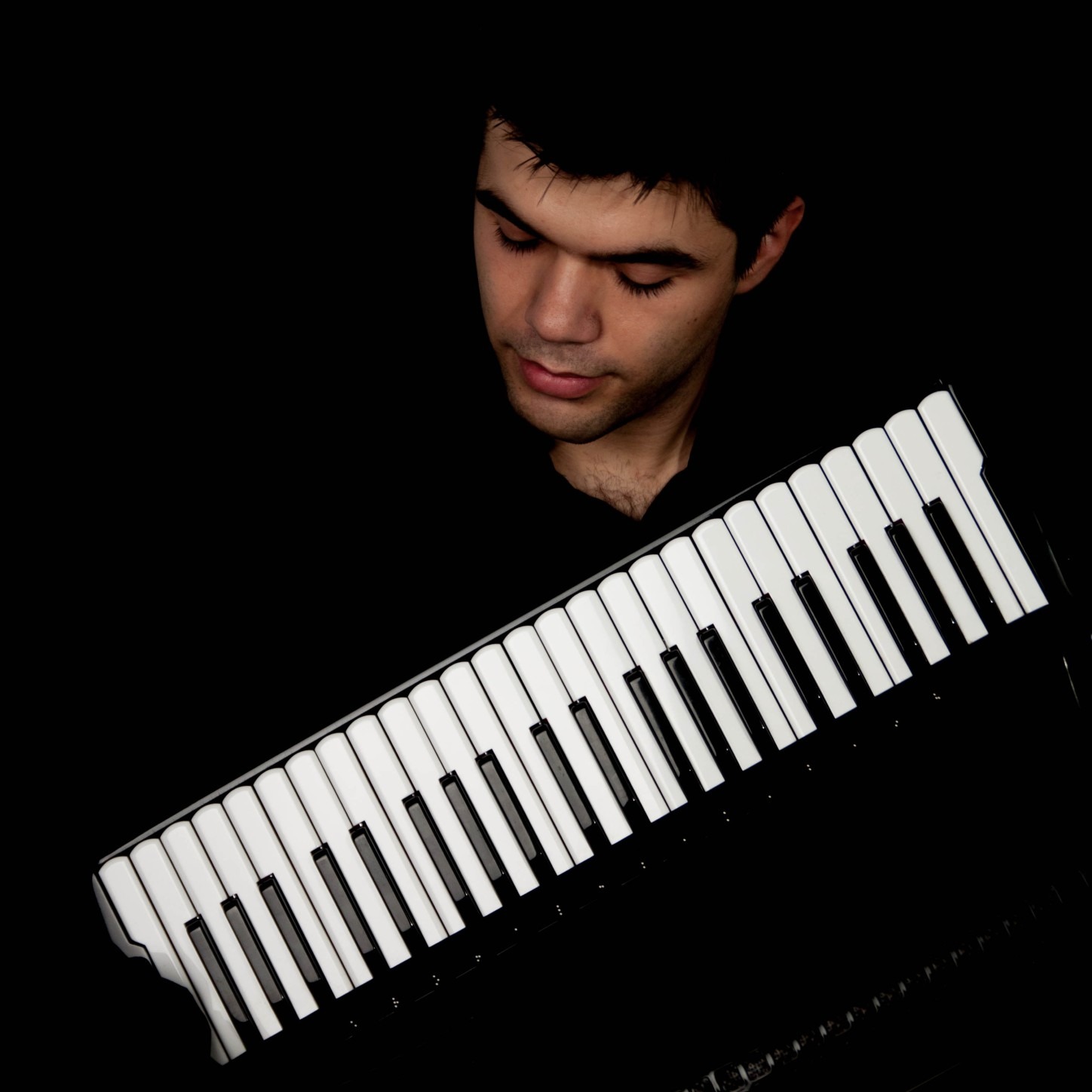 Ghenadie Rotari – accordion
The present project is a collection of live private recordings from concerts, exams and public rehearsals in which I performed and which didn’t find their way into a physical CD project. I am very fond of these recordings and am very happy that they can finally be heard on the main music streaming platforms on the web.

The project starts with the work “La costellazione del soffione I” which was written for me by the composer and accordionist Corrado Rojac, with whom I studied at the Conservatory of Trieste. It is a piece which explores the full spectrum of the sound palette of the accordion and goes from extreme virtuosic passages to lyric and haunting melodies. The recording was done at the Music Academy in Basel during a collaborative concert.

The second work is written by the Spanish composer Albero Posadas and is entitled “Snefru”. The piece employs the use of fixed electronics and aims at reaching the perfect balance between the live accordion sound and the pre-recorded track. The compositional structure of the work takes inspiration from the mathematical projection of the pyramids. The piece was recorded during a rehearsal before a concert at the Lichtenbergschule.

The next work is by the Italian composer Luigi Manfrin. “Acrylic mixtures II” opens up with the lower and higher extremes of the sound spectrum of the accordion and goes on exploring the “colour” of the different sound combinations of the instrument. When one closes the eyes, it is possible to see the different colours reflecting in the light and the shadows, almost coming alive. The work was recorded in Bucharest during a rehearsal before a concert.

The last work of the project is “Elegia” for accordion solo and string orchestra by the Italian Boston-based composer Gabriele Vanoni. The piece aims at exploring the tangible points in which the sound of the string instruments transforms into the accordion and vice versa. The work was recorded during a public rehearsal in Pula, Croatia.

About Ghenadie Rotari
Ghenadie Rotari is a very active musician who has performed in prestigious venues like Carnegie Hall in New York, Kioi Concert Hall in Tokyo, Musikverein and Radiokulturhaus in Vienna, Gasteig in Munchen, Teatro Regio in Turin, St. Martin in the Fields in London and others.

Born in 1991 in Moldova, Ghenadie studied in his home country, in Italy, in Finland and in Germany. He is the winner of numerous prizes in international competitions and a frequent participant at international festivals, such as “Wien Modern”, “Tzlil Meudcan”, “Essen Now!”, “Festival di Portogruaro”, “Craiova Muzicala” and others, both as a soloist and in chamber music formations.

Ghenadie, together with the Italian pianist Valentina Vargiu, has founded the “Duo Aspera”, which has performed for various concert series in Italy and abroad and won the “Sony Classical Talent Scout”. The duo was invited by the Italian national television RAI to perform a recital and was one of the winning chamber groups of the “IBLA Grand Prize” international music competition, They were invited to perform in two concert tours in Asia and the United States.

Ghenadie is the recipient of the Erasmus scholarship that allowed him to study with Matt iRantanen at the prestigious “Sibelius Academy” in Helsinki, Finland. Together with Valentina Vargiu, Ghenadie is a participant at the courses held by the internationally acclaimed Trio di Parma (Ivan Rabaglia, Alberto Miodini and Enrico Bronzi) at the International Chamber Music Academy in Duino. Since 2016 he is a scholarship holder of the Yehudi Menuhin Live Music Now foundation.