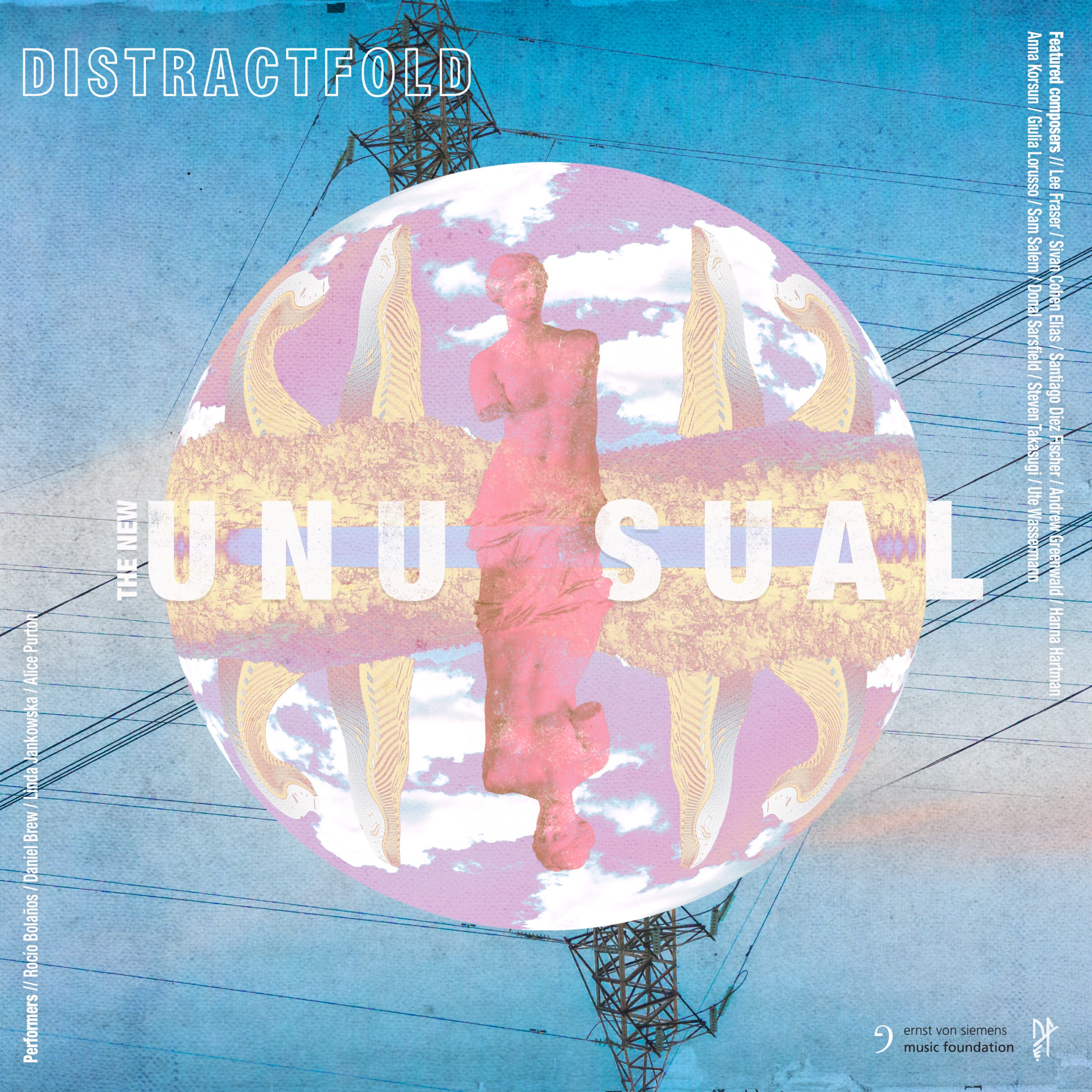 11. Santiago Díez-Fischer & Linda Jankowska - We are the birds that stay

You can listen this album on this page.
Please also visit Distractfold’s bandcamp.

The New Unusual is a series of 11 short solo works commissioned in response to the COVID-19 pandemic and recorded in the homes of Distractfold performers between December 2020 – January 2021. Building upon their podcast series, Conversations from Quarantine, The New Unusual seeks to bring together composers, musicians and audiences from around the globe at precisely the moment that COVID-19 keeps us furthest apart.

With the projects global reach presenting an exciting range of internationally recognised composers, including from the UK, Europe, the US, the Global South and the Middle East, Distractfold are excited to present this musical socio-cultural document of the time that we are living in and the conditions under which musicians and composers are currently working.

Access to the fixed audiovisual media for Sam Salems, THIS IS FINE

The new unusual composers are:

This project would not have been possible without the generous and friendly support of the Ernst von Siemens Music Foundation.This artefact is a release by dFolds.

UK-based ensemble, Distractfold, are a group of performers, composers and curators all acting out of shared love, passion and interest in the music and culture of our times. Coming from different continents, backgrounds and having received a diverse education, together they create a nexus of ideas and influences which all contribute towards the ensemble’s unique voice and identity. They perform acoustic, mixed and electroacoustic music of their peers, alongside music of the more established composers with whom they have formed close collaborations and friendships.