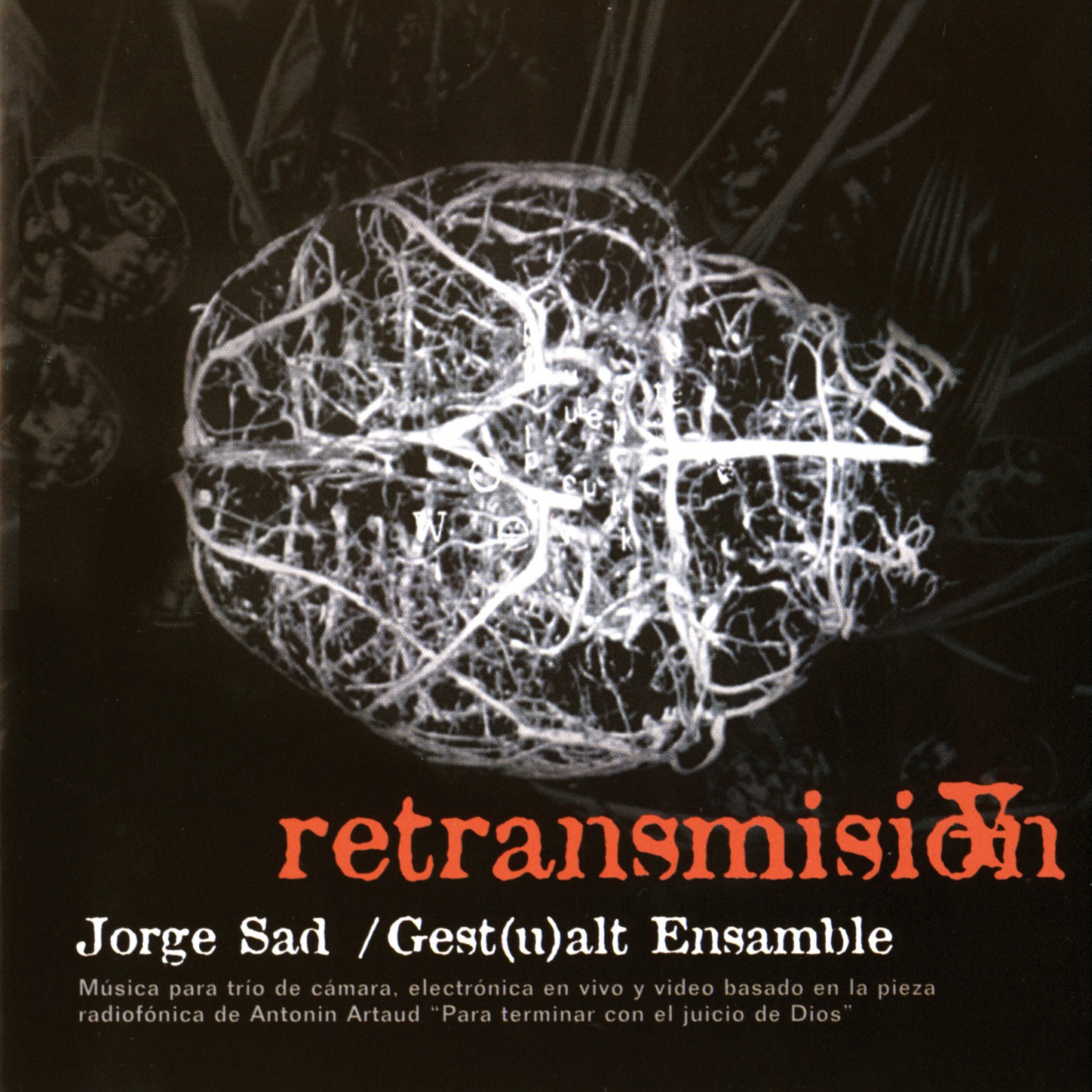 1. To have done with the judgment of God

2. The dance of the Tutuguri

You can listen preview of this album on this page, on Bandcamp or go to our shop.
Please also visit Jorge Sad Levi website.

Retransmisión
Retransmisión (2002/2005) is a ¨live  acousmatic melodrama¨ based on the broadcast of  ¨Pour finir avec le jugement de Dieu¨ (To have done with the judgment of God) by Antonin Artaud that was censored at the time of its première, in 1948. From the exploration of the instrumental gesture and the interaction with electroacoustic devices and video on stage, we’ve constructed the musical discourse interacting with the voice gestures of Artaud and the prophetic character of the text, with allusions to automatic wars and cloning techniques. It creates an atmosphere of futuristic opression that we tried to translate in sound colours and rhythms.

It is a creation of Jorge Sad in collaboration with Ensamble Gest (u) alt and video artist Deborah Lynne.