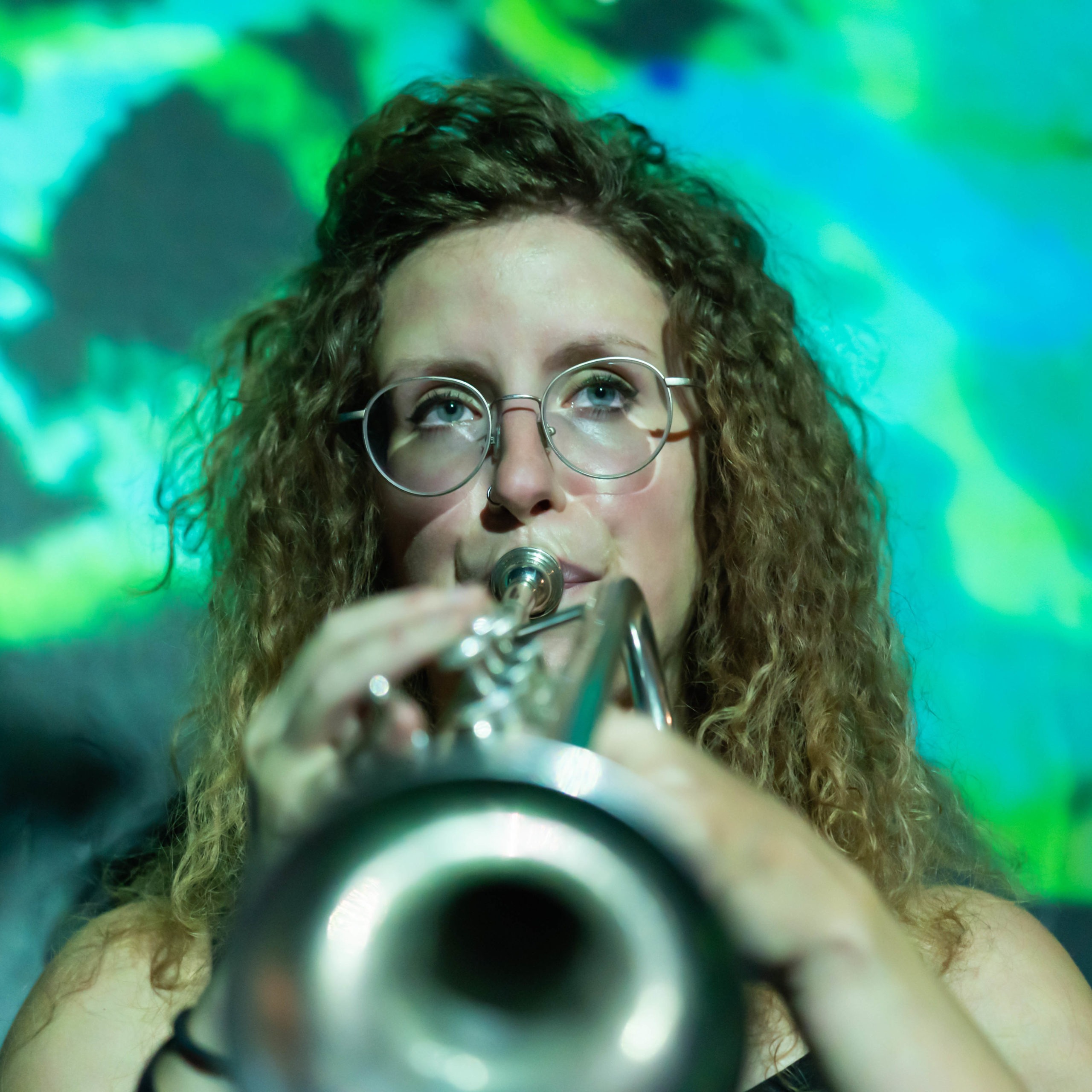 Émilie Fortin is a passionate musician and teacher working to push the technical limits of the trumpet and redefine the traditional concert experience. Always seeking to enrich the repertoire of her instrument, she has participated in the creation of more than thirty works internationally, both solo and as part of a wide-range of ensembles.  Her upcoming collaborations, with composers Alexandre David and Jason Doell, include physical elements in connection with her parallel experience in mime, dance and theatre. She is also the artistic director of the soloist collective Bakarlari which is dedicated to contemporary and creative music and was formed in 2018.

As an improviser, Émilie distinguishes herself via her rigorous approach which incorporates noise, atonal and experimental techniques. Her collaborations include performances and recording sessions with, among others, Éric Normand, Ida Toninato, Eric Lewis and Zeena Parkins.

Originally from Abitibi-Témiscamingue, she studied at the Conservatory of Music of Val-d’Or with Frédéric Demers. She then received a bachelor’s degree in classical performance with Lise Bouchard at Université de Montréal. In 2017, she completed her Masters degree at McGill University under the direction of Russell DeVuyst.

Honing her craft with great masters such as James Watson, Karen Donnely, Marco Blaauw and Peter Evans, Émilie always seeks to surpass herself within her personal practice. To this end, she has participated in the soundSCAPE Festival (Italy) and the Summer Institute for Contemporary Performance and Practice (Boston). She has worked with members of the International Contemporary Ensemble (Banff Centre for the Arts), Ensemble Musikfabrik (Bauwerke Brass Academy), Ensemble Modern (Klangspuren Schwaz) and Vinko Globokar (Laboratorium), among others.

In her role as specialist educator at a host of schools throughout the region, Émilie believes that education is an integral part of performance. She has also had the opportunity to teach the trombone, trumpet and music theory in Croix-des-Bouquets and Jacmel (Haïti) with the program The Ambassadors for three years. During the 2017-2018 season, she developed her focus on community engagement and teaching with The Global Leaders program, where she was one of 35 people selected for an international cohort of enterprising young musicians. This allowed her to be a visiting professor in Bolivia (Conservatorio Plurinacional de Mùsica), Chile (Viva la Mùsica Panguipulli), Panama (Orquestra Veragüense de Vientos) and Washington (DC Youth Orchestra Program).

Émilie is a grant recipient from the Canada Council for the Arts and Montreal Arts Council.