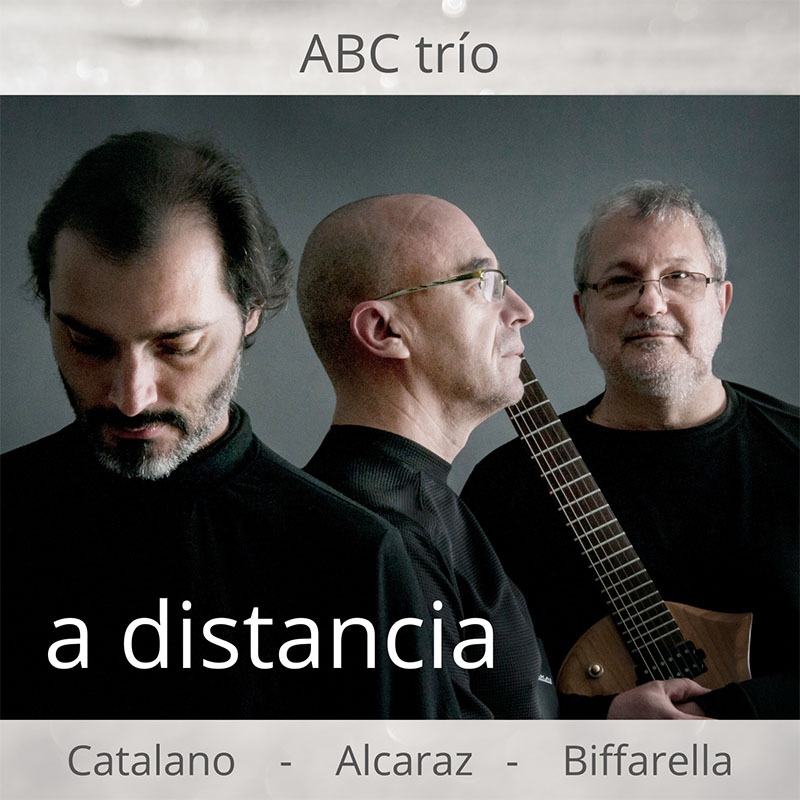 1. Preview - a cuerdo a distancia

You can listen preview of this album on this page, on Bandcamp or go on our shop.
Please also visit ABC trío website.

a distancia
For years we have been working on modes of collective construction, giving space to sound dialogues. Perhaps dialogue is one of our deepest socio-cultural debts. Dialogue with the diverse, implies being willing to listen to the other, to give them the possibility to present their arguments and always be open to enriching and even changing our ideas. The current covid-19 pandemic has prevented us from continuing our weekly pace of experimentation and face-to-face trials. This series of works, which we gather under the title “a distancia”, were constructed telematically. Some gestures, such as the scream that starts the third piece, may be an attempt at catharsis and at the same time a show of energy to move on …

ABC Trío
Alcaraz – Biffarella – Catalano
This trio, which was formed in the year 2010 is formed by Gonzalo Biffarella, Gustavo Alcaraz and Julio Catalano. It focus in designing and programing interactive gestual controlled instruments. This instruments are the basic tools used in each musical composition. The group has developed different projects around the concept of Memory. By investigating social and political reality in Latin American contexts they generate data bases. This bases are the begging of sound works that construct relations between reference materials, direct testimonies and digital re-elaborations. All this materials are captured in sound and multimedia art works, with both determined and improvised structures.