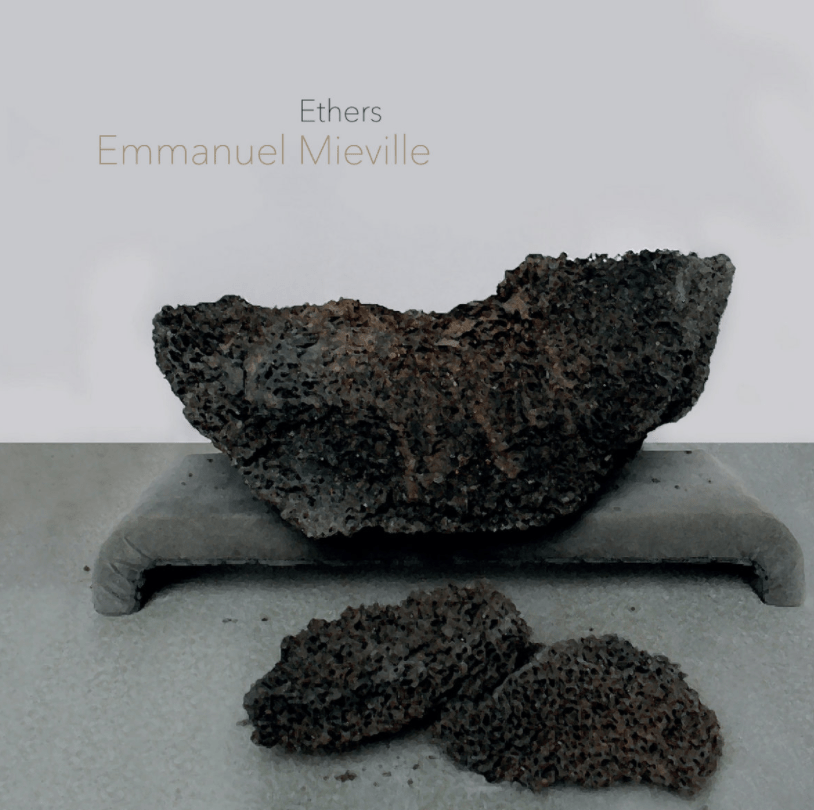 Ethereal AND down to earth

Slowly but o-so-surely, Emmanuel Mieville is building an impressive body of work, where each new album seems to make the previous one pale in comparison. And the music press would be wise to catch on to him. The man is discreet and unassertive, so is his music, but he –like it –cannot be dismissed as just another proponent of the field recording. For Mieville’s music is some of the most spellbinding art for the ear out there in the aether.

Ethers is Mieville’s second album for Baskaru, and though the previous one certainly stands the test of time, this new opus pushes the bar higher, much higher. In the composer’s own words, “Ethers is an attempt to give an earthy quality, a dense texture to drone music, to lower it from the ‘skies’.”

Mieville first trained as a sound engineer, and then studied musique concrète at GRM. He grew up listening to creative radio programs and embraced field recording as a form of art. His latest works fully realized a synthesis of all these elements: the attentive ear to one’s surroundings, the abstract approach to sound, the sense of drama that makes a field recording composition take life.

Mieville has worked with Buto dancers, video artists, and like-minded musicians like Eric Cordier, Guido Huebner, and Benjamin Thigpen. After appearances on compilations albums, he released two CDs in Malaysia (on Herbal Records and XingWu), followed by his Western full-length debut Four Wanderings in Tropical Lands on Baskaru in 2011. Since then he released two thematic albums: Buddha –Anima –Asia (Obs*, 2012) on Buddhism, and; Concret-Sens (Crónica, 2014), a homage to early musique concrète.